Many roofing companies have a family name, a town name, or a gimmick word in their name. When our founders set forth their plan for building a roofing company the name came first. “Roofing Annex” came to co-owner, Joey Michels, in the middle of the night and it stuck. For those who don’t know what annex means, let’s just call it a perfect fit – “To append or attach, especially to a larger or more significant thing like a country or building”. The goal for the company wasn’t to just repair roofs but to become known as the roof replacement company of choice in Cincinnati, Ohio. This would also propel the original team to focus on making sure there was no doubt they could “attach” a roof with such skill as to warrant accolades for it.

Background of the Founders

Brothers Joey and Stephen Michels have worked in the industry since the late 1990’s and began traveling the country in the early 2000s to work with various roofing companies. They joined companies as business partners and consultants to teach them how to expand their retail operations and adopt better practices. The pair had worked respectively as a lead sales and a business administrator prior to this. The brother’s offered up solutions most companies lack with operations and technological advances. Focusing on storm damage restoration arms and additions for other companies they’ve been part of over $100 million dollars in insurance claim approvals.

In 2009 they would create the outline for a company that put its clients first, raised the bar by using even more cutting edge emerging technologies, employed solid individuals, and offered more than just repairs and retail installations.

As explained by our Creative Director, Ryan Kaz, “branding a new company must start during its infancy”. “A brand evolves whether you know it or not, once the team is established and the outline of goals are emerging. This is the time to get a business name locked-in for a designer to begin to create a visual identity for the company. Roofers don’t usually work like this as it’s not in their wheel house… but this company was to be different. Pushing the logo to be clean and corporate was essential to breaking free from the pack. Quality, above all else, had to show in all print and online marketing and educational materials.

Getting up and Running

By 2011 a building in West Chester, Ohio was picked for the roofing company’s base of operation. A skeleton crew started selling roofs and repairs bit by bit as other parts of the business came together. It wasn’t until 2012 that things started getting serious. The team kept growing and the list of services and physical range grew as well. Roof repairs and replacements were happening in Mason, Middletown, Indian Hill, Dayton, Lebanon, Maineville, Hamilton, Delhi, Liberty Township, Anderson Township and just about everywhere else in the Greater Cincinnati Area. The service model headed away from the normal retail market and went strongly to full exterior restoration.

2013 was a big year for Roofing Annex. From scaling up to receiving kudos for a job well done, all was going well. Stellar customer reviews, an A+ BBB rating, high marks all over the internet were showing the Cincinnati market that Roofing Annex was the right choice for exterior restoration. The GAF Master Elite Roofing Contractor stamp meant that complimentary lifetime warranties could join the list of value features such as free inspections, estimates, and insurance claim assistance. The title also proved that the roofing company was in the top 2% of roofers in the area in terms of education, installation excellence, and customer satisfaction. Adding to that list is the ongoing education, sales volume, and highest level of manufacturer inspected roof installations and a rare award was issued. GAF’s President’s Club Award was given to Roofing Annex for all of its merits. There are several roofing manufactures but GAF is the largest in North America and certainly has the most clout of its own. Now, this juggernaut company has bestowed upon this infant company, a title that essentially call it a top 100 roofing company in the whole of North America. It can easily be said that this number equates to a top 200 or fewer overall under any measure a manufacture can give.

Building a reputation for excellence with inspections, work, and carrying top warranties has made Roofing Annex popular with insurers. Roofing Annex has done over $30 million in claim work to date. It’s not a sole focus but it’s a huge part of the business model and a successful one because we handle it right thanks to decades of experience. 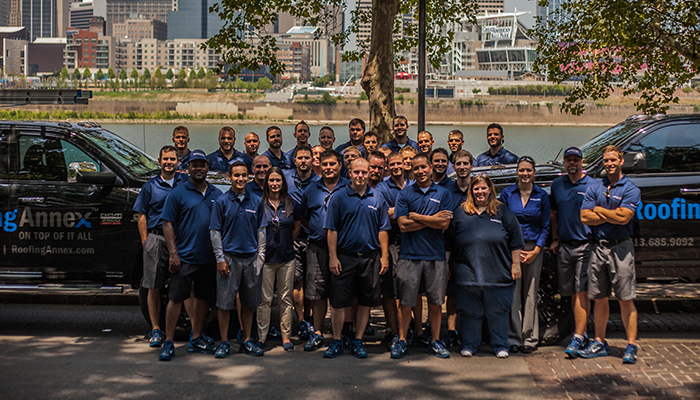 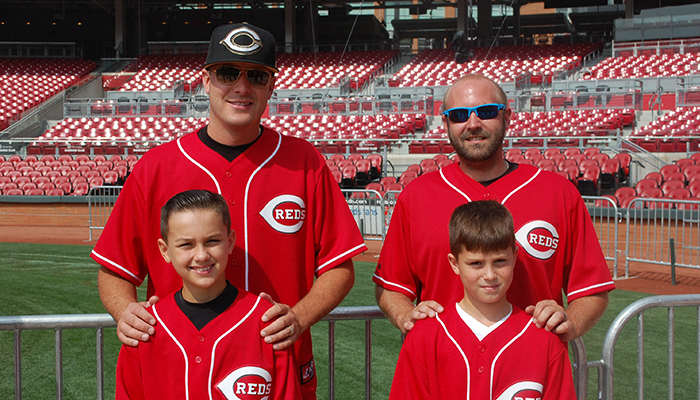 You know your team is a big family when they spend time together. 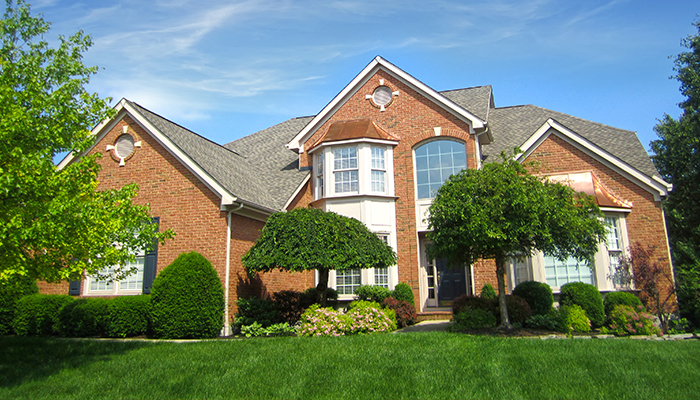 Some of our roof replacement clients in West Chester had a to take a leap of faith trusting our company the first couple years. The team had to say “we understand but we are backed by the manufacturers” a lot! 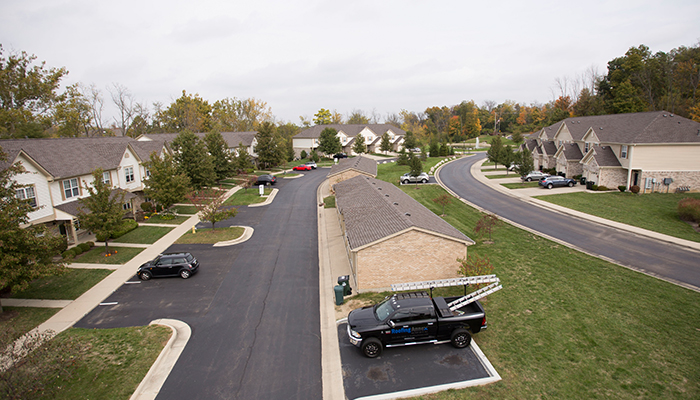 Taking on huge projects like the one pictured here, a 168 unit Mason condo complex, proved to us and the communities we serve that we were ready for anything.

WATCH: See us in Action

Get an overview of our offerings and capabilities.

WATCH: What Homeowners Are Saying About Us

Hear from our clients.

Silicone Roof Coating Products are Made to Save Time & Money

Replace Skylights When Replacing Your Roof – Yes or No?