Roofing Annex is Madeira, Ohio’s go-to roofer because of its unparalleled reputation among homeowners affected by storm damage and those making renovations as the BEST AROUND. There are three simple principles that our company has prided itself on over the last two decades: safety first, education is key, and outstanding customer service is achievable. We look forward to building long lasting relationships with the homeowners we serve in the city of Madeira and its neighbors, Indian Hill, Columbia Township, Madisonville, Silverton and Sycamore Township.

Roofing Annex is at the top of its game when it comes to product knowledge, customer service, workmanship, and overall-value. No other roofing contractor in the city of Madeira can compare to us for a host of reasons.

Roofing Annex stands out as a local Madeira area roofing contractor because:

IT’S IN OUR HEARTS TO GIVE BACK 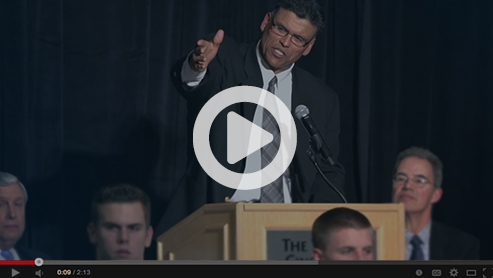 There are more reasons that set Roofing Annex apart from other roofers in Madeira. Whether it’s Partnering with The Muñoz Foundation, giving to The American Heart Association “Men Go Red for Women”, or fundraising for Habitat for Humanity we believe in participating in local community projects makes a real difference. Hey, because we live here, too!

Our Madeira customers who have signed up for our annual maintenance program have reaped the benefits of someone looking after their roof annually. The program includes seasonal gutter cleaning and a close inspection of any shingles, flashing, siding, metal-works, and other exterior components. It’s a fantastic value that will keep a home safer and stronger — call us today for pricing.

Why not talk to the most well reviewed roofers in Madeira? We’re the roofing contractor who wants to earn your business via trust. Call Roofing Annex today at (513) 685-9092 for a FREE estimate, or click the link below.

Roofing Annex is the premiere restoration contractor in Madeira and the entire Cincinnati area. Our clients, shingle manufactures, and the Better Business Bureau all give us 5 stars. We are proud to be the roofers of choice in Cincinnati, Delhi, Springboro, West Chester Township, the Village of Indian Hill, Loveland, Lebanon, South Lebanon, Mason, Montgomery Middletown, Maineville, Dayton and other surrounding cities. Roofing Annex provides residential as well as commercial  roofing solutions via:

With its small-town atmosphere, it’s easy to see why Madeira, Ohio, is billed as “the friendly town.” Officially, Madeira is a Hamilton County city, with a population of 8,726 as of the 2010 U.S. Census. With its nationally recognized school district, low crime rate and prime location easily accessible to Interstate 71, Madeira, a suburb of Cincinnati, Ohio, has held either the #1 or #2 spot for the past four years in the Top Burbs list published by Cincy Magazine.

Madeira, originally developed along the Cincinnati-Parkersburg, West Virginia, railroad line, is named for John Madeira, who owned a substantial piece of land in the area. Incorporated in 1910, much of the city’s founding history is represented in current day, with many of Madeira’s streets named for land owners and developers from the 1840s and 1850s, and the oldest dateable building, from 1839, still standing in the city.

BusinessWeek magazine has ranked Madeira one of the best places to raise kids for less. The U.S. Census indicates the median age of the Madeira population is 44.5 and the median annual household income is $78,567. Compared to the Ohio state average, Madeira is above average in the length of stay since moving to the city, the number of rooms per house and the percentage of residents with bachelor’s degree or higher. The city is significantly below state average in unemployment and renting percentage.

The city of Madeira places high priority on education. The Madeira City School District has received an “Excellent” designation on the state report card ever since the rating system was introduced. The school district also received a Silver Medal from U.S. News and World Report for being a top public high school in the country. Madeira students are among the highest performers on SAT, ACT and state achievement tests.

The Madeira Art Fair, established in 1961 and held every year along Miami Avenue on the first Sunday of May, showcases the artistic creations of nearly 150 artists from Madeira and the surrounding area. The Nelle V. Hosbrook Bird Sanctuary and two city parks join a host of private swim, golf, tennis and other recreational clubs that residents enjoy year round.

Madeira, about 12 miles northeast of downtown Cincinnati, is over 90 percent residential, with the remainder encompassing two business districts. The family-friendly community takes pride in its well maintained properties, and a central business district. The Roofing Annex is among the main Madeira roofers that serve the city with exterior home services for new and existing homes, including roofing, gutters and downspouts, siding, windows and doors.

Although most of the homes in Madeira are single-family, they range in size, style and cost. Madeira home values range from $119,900 to $700,000. Many new homes are being built on vacant lots or to replace older homes, so residents rely on the credentials of the Roofing Annex, a leading choice for Madeira roofing contractors, when selecting the best roofing company for their needs. Based in nearby Cincinnati, Ohio, the Roofing Annex holds an A-rating with the Better Business Bureau (BBB) and possesses top certification credentials in roof inspections and shingle installation.

Its free storm damage roof inspection has been popular with Madeira homeowners over the years, as well as its free quotes for new or replacement roofs. Call the Roofing Annex at 513-685-9092 to experience for yourself why this friendly roofing company meets the standards of your friendly town.

Your subscription is not active

Please visit the admin site to re-activate your subscription

Our quotes are free &
ACCURATE
GET A QUOTE
READ AND WRITE
REVIEWS
We love hearing what you have to say.
READ REVIEWS