It’s quite the downer when you get the news that your home or business needs a new roof. It costs thousands of dollars and if it is not installed correctly, you will have to shell out even more dough for repairs or a full replacement in a decade or less. The typical Cincinnati homeowner and business owner will delay the installation of a new roof for as long as possible. Most wait until a few red flags pop up or something goes drastically wrong… The gutters accumulate more granules than the roof, the ceiling develops a brown hue due to leaks, or the shingles curl up along one side of the house.

While it is not prudent to wait for such tell-tale signs to appear, the truth is that few homeowners and business owners in Cincinnati are proactive enough to have their roof replaced before these indicators appear. If the roof damage is not the result of unsavory weather, the homeowner or business owner always ends up footing the entire bill himself. Shelling out thousands of dollars to a roof contractor is quite a tough pill to swallow. Once you have made the mental commitment to investing in a new roof, it is time to figure out what type of shingles and roofing company to choose for this important job.

Do not underestimate the Importance of Choosing the Right Shingle Manufacturer

Ohio homeowners and business owners in need of a new roof have three main types of roofing product lines to select from. While you might have heard that it does not really matter what type of shingles you choose to have installed on your roof, this is a common misconception. The type of shingle that you choose often determines your roof’s ability to survive harsh storms, maintain its structural integrity for decades, and prevent potentially nasty leaks. The old saying that “a craftsman is only as good as his tools” does not ring true when it comes to roofing. While the quality of the contractor matters, the working crew is only as good as the tools and trained leadership that they are provided. Let’s take a look at a couple of different types of shingles and determine which the best is.

IKO shingles have a unique style compared with other shingles. Rather than being cut in a tapered fashion, IKO shingle overlays are cut in more of a straight manner. While the IKO brand name does not have much of a buzz, the company conducts business around the world. It is worth noting that the base level variety of these shingles is heavier than most competing products. The company also offers several shingles, such as its “Armourshake” variety, with “premium” girth. Some swear by the company’s Cambridge IR shingles based on their impact resistance. This is the cheapest IKO shingle that has a Class 4 hail rating. Many homeowners and business owners will be happy to know that the majority of insurance companies will reduce a customer’s monthly premium if he can provide paperwork to prove that his shingles have a Class 4 impact resistance.

Many roofers site the same problems when installing or replacing IKO roofs. Inconsistency in shingle dimensions makes for a slower job and possible flaws. IKO shingles are infamous for having crooked saw teeth, different widths, and uneven butt joints as well. Granule loss is also a big issue with this brand historically. Many roofers will note having gone up on roofs that are nearly bald!

GAF is superior to just about every other shingle brand. It offers an array of special warranties that other companies do not provide. You can choose among extended warranty terms such as Systems Plus or Golden Pledge. The availability of these warranty terms hinges on the roofing contractor’s level within the GAF system. Roofing Annex, Cincinnati’s most trusted roofers, are the regions only GAF Master Elite contractor and GAF President’s Club Member, designations that allow for extended warranties because the installations are by the book perfect and customer satisfaction is 5 Star.

GAF is the most successful shingle manufacturer for more reasons than its warranty options. The company is admired for its unique Timberline shingles. Timberline is a general term that industry experts developed years ago. The name stuck because of the shingle’s high quality. Customers have lauded Timberline shingles over the years, creating a remarkable word-of-mouth buzz that has yet to dissipate in the slightest. When someone asks, “Do you carry architectural shingles?” they are almost always asking whether Timberline shingles are available.

While GAF carries other shingles such as the extra-thick Grand Sequoia line, none are as popular as the Timberline variety. In terms of reputation, no brand of shingle compares to GAF. This shingle brand is universally appreciated for the following reasons:

The images below are from two homes on the same block of a Cincinnati neighborhood. Both roofs were approximately 12 years old when a hail and wind storm hit. Each image is of the western facing slope at about the same slope. You can see how 3-tab shingle fair vs. dimensional shingles from GAF.

The hail and wind combo on this Cincinnati home tore it up even though wind speeds didn’t top 45 mph. This sort of damage needs full replacement vs. spot repairs.

This roofing system was compromised enough for replacement as well due to granule loss. It might not leak now but this sort of loss will affect the lifespan greatly.

Asphalt style roofing has not offered much in terms of diversity over the years. The lack of variation is typically viewed as a fault, yet some do not see it that way. The 3-tab style shingles are flat, with three rectangles on each piece. Unfortunately, these symmetrical rectangles require your Cincinnati area roofer to pay very close attention to the shingle placement along the roof. If the proper precautions are not taken before nailing the shingles down, numerous problems will likely manifest them. For the most part, the 3-tab style shingle has gone out of style. Today, it is a special-order shingle that is rarely used. There is little reason to use the 3-tab shingle unless your home or business requires only a partial roof replacement/repair. It is also worth noting that a few customers opt for this type of shingle in an attempt to coordinate their roof aesthetics with those of surrounding structures.

Architectural shingles are the most common type of shingles used today throughout Cincinnati. They represent about 90 percent of new roof installations. These have a cedar-shake style and are built with overlay pieces to create shadow lines and visual depth. They are rather thick and conceal roof blemishes quite well. This type of shingle also comes with fairly extensive warranties. Thanks to their variation, architectural shingles are quite simple to install. Yet architectural shingles have undergone some recent warranty changes that have served only to confuse prospective customers. There used to be 30-, 40- and 50-year styles, the most common being the 30-year variety. Customers could choose to pay extra for the huskier 40- and 50-year styles that provided more weight and sharp shadow lines.

Today, asphalt shingles are not made to last half a century. The old system’s “good, better and best” characterizations are long gone. Some companies decided to label their 30-year shingle as a “lifetime shingle” in an attempt to distinguish it from those created by other manufacturers. However, this distinction did not stand the test of time, as competing shingle manufacturers replicated the strategy themselves. The truth is that no improvements were made to the 30-year shingles to qualify them as “lifetime” shingles; they might not even last more than a couple of decades. By that point in time, their pro-rated value is rather unimpressive.

Shingle manufacturers have the gall to refer to such shingles as “lifetime” shingles based on the fact that an average homeowner remains in one house for only about seven years. Therefore, manufacturers feel that it is acceptable to refer to such shingles as “lifetime” shingles. In reality, all it takes is a couple of nasty storms to force a homeowner to replace his roof. Then, too, homeowners and business owners whose shingles do last for two to three full decades might not have held onto the original paperwork that was provided during the installation. Therefore, the risk of tacking on a “lifetime” warranty is quite low for shingle manufacturers.

Take Your Time When Choosing Your Shingle Manufacturer

The homeowners and business owners of yesteryear could refer to the 30, 40 and 50 year shingle designations when deciding on the ideal variety for their home or place of business. Contemporary roof seekers need to invest more time and effort to find the shingle style that is best for their building. They must sort through the diverse number of shingle offerings to determine the weight, thickness, reputation and value of each. Since all modern architectural shingles have a lifetime warranty, homeowners and business owners must commit to researching each shingle type in-depth in order to determine which has the thickness and durability necessary to protect their living or working space.

Live in Cincinnati, Dayton, or Columbus and need a Roofer? Want to have a roofing expert take a look at your roof? If you live in the Cincinnati or Chicago suburbs you can get a free inspection and consultation from the professionals at Roofing Annex! 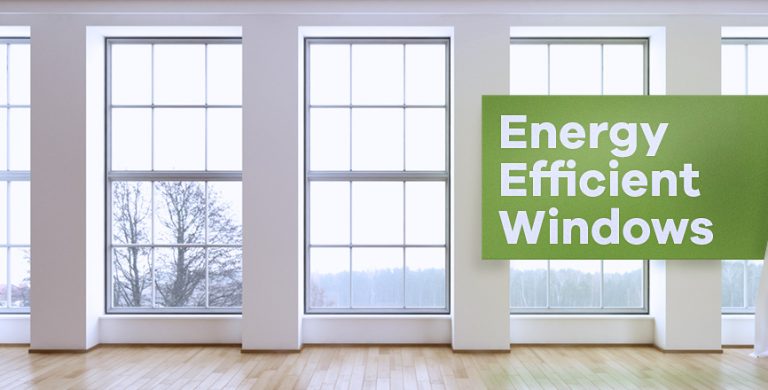