We recently replaced the roof of the venerable Scott Sloan of 700 WLW. We had the pleasure of speaking with Scott just before the roof replacement (we spoke with him again after the replacement here). Check out Scott’s blog for a mix of posts on sports, politics, news, just about anything really, or catch his show on 700WLW, 9am – 12pm, or stream it here.

Scott: You can look right at the camera.

Chad: Hi, I’m Chad Janisch with the Roofing Annex. I’m here with Scott Sloan. Some of you know Scott. He’s a radio personality host for 700 WLW, and the Roofing Annex has the fortunate pleasure to be replacing his roof.
So as you can see behind us, we’ll go ahead and be doing his roof tomorrow, and we to just want to talk to Scott and find out how the process has been thus far. And maybe Scott, if you could tell us a little bit as to why you called us out to take a look at the roof, and what led you to that initial appointment to have us come out and inspect the property.

Scott: That’s a great question, because I noticed for a while, and being a remodeler myself, was that there seemed to always be a problem with the roof. I’d notice a shingle moving here or there, or there would be movement. Something would be wrong, I’d be up there patching. Eventually I said, “Enough of this.” We had some big storms move through Cincinnati. If you’re from the Cincinnati, Dayton, and Columbus area, you know the windstorms that we have, you know the hail storms. You have other things inspected, like your car, right, all the time, they’re checking your car. But a lot of people understand you’ve got to inspect your roof too, right?

Chad: Yes. It’s very easy when you look at the car, it’s either dented, or the car’s not dented. But on your roof it’s a little bit different. It’s not something you notice right away. We actually have to get up on the roof and do a physical inspection of the roof. I think you’ve actually been on your roof quite a bit.

Scott: I’ve been on my roof enough. That’s why I called the experts at the Roofing Annex to take care of the situation and make sure it never happens again.

Chad: Right. And who came out to the property, and what did they find? I know we had the storms, and the storms came through, and you had some missing shingles.

Chad: You often went up there and tried to fix the shingles yourself. Correct?

Scott: Yes, absolutely. I would go up and repair, and most people aren’t going to do that. Or you may just let your shingle go thinking there’s stuff under there, I don’t have to worry about it. Well, you kind of do, because once you start to see those telltale water signs, as you know, then it’s too late. But, you know, you guys came out. You did a roof inspection. It was great. They showed up on time, very professionally dressed like Chad is, and they went through the whole process with me. They walked the roof. They actually took an iPad up there, which I thought was really cool, because I’m a guy and I like tech. Went up there and took some pictures of the roof and showed me exactly where the trouble spots were. Things that I have a little bit of knowledge, but certainly not to the level you guys do. If you’re not handy or not into home improvement, you may not know it either. I didn’t realize how much damage was really on my roof, to the point where came down and said, “This is a total replacement job I think, Scott.”

I was shocked that that was the case. But when we looked at it and then there was satellite imagery you guys do too as well to look and really see where the problems are from areas you can’t see, and put this whole presentation together. It absolutely blew me away. I mean as far as professionalism and knowledge go, Roofing Annex is the best.

Chad: Well, I appreciate that, and Scott is actually right. What we try to do is inspect the property to see if it actually qualifies for replacement, or if there’s enough damage for replacement. Every roof is a little bit different. Since you went up, you tried to repair it, you’ve tried to do the right thing, but oftentimes there will be much more damage than a homeowner or a handyman or someone might think. So we do come up with the iPad. We actually take photos of the damage, and that can help show what we’re seeing up there to you, because obviously not everyone’s as skilled as you, wants to climb up the latter, get up there and take a look at the roof. So these photos really do help.

Based on what we see, if it’s just a small repair, we’ll recommend a small repair. If there’s more to it, like your roof, we’ll go ahead and let you know what we’re seeing, how much of the roof is compromised, and then how that roof is compromised, how it compares to your insurance company’s guidelines. They are all a little bit different as to what they want to see for damage and if that damage warrants repair or replacement. That’s what we do. So we find out who the insurance company is, look at the specifications that they want to see, and if we do see damage, we’ll give you that recommendation to file the claim. That’s what you did is filed a claim, correct?

Scott: Absolutely, that’s exactly what happened. I have a family member that’s our insurance agent, so I’m lucky at that point. But I still wasn’t familiar with the claims process, especially when it comes to having something as major as a roof go bad. What was really neat about the whole process is I literally had to make one or two phone calls, signed a piece of paper, and then you guys worked right with my insurance company.

Scott: The adjuster came out. You guys met him, the adjuster when he came out to the house. I really didn’t have to do anything because you guys worked, between the insurance company and Roofing Annex, to come up with what the plan of attack was, how to get the problem solved, and most importantly keep it on budget the insurance company and I could live with. And the whole process couldn’t have been easier.

Chad: Good, that’s excellent to hear. That’s the goal. Not everyone needs to file a claim. We really need to look at the roof and find out what’s there. In your situation, there definitely was enough to warrant replacing the roof. We did meet the adjuster out, we agreed on the scope of damage as to how much is damaged on the roof, and we agreed to a price to replace the roof so you have no out-of-pocket expense except your deductible. Now it looks like you’re getting a whole brand new roof tomorrow, correct?

Scott: I can’t wait. My wife is so excited. Here’s the thing guys, you’re watching this video right now, is I have tried jewelry, I have tried flowers, movie, I have tried dinner dates, the whole bit. My wife was so excited when the pallets of materials were showing up at the house today that I’m thinking about maybe, in another ten years, doing another roof even though I won’t need it.

Scott: Picking a new shingle and seeing what it’s going to look like in the completed project and knowing that your most sound investment, the most important investment most people have is your house. Let’s face it, with the economy, more people are living in homes longer today, and you tend to put more money into it. I’ve talked to people personally from doing my radio show at 700 WLW and speaking for the Roofing Annex, people actually would email me or call and say, “Hey, Scott, thanks for the suggestion on Roofing Annex. They came out to the house. I thought there was going to be a problem, and as it turned out they came off the roof and said, ‘You’re fine for another few years. Try giving us a call later.'”

I love that kind of integrity and honesty, because quite honestly, no one really knows what’s going on up there except the pros like you guys. Yu could if you wanted to, and unfortunately a lot of contractors do take advantage of people. I love the fact that you guys don’t and I can trust you , and that gives me great peace of mind. That’s why I’m very proud to have to recommend you guys to my listeners and to people watching the video. These guys are outstanding.

Chad: We really do appreciate that, and that’s the goal is to build these relationships. You’re right. You may not need a roof today, you may not need a roof in six years, but at some point everyone does need a new roof. If we can add some value to that and maybe do some small maintenance until you actually get the roof replaced or have to get it replaced five years, ten years down the road, at that point then you’ll entertain the possibility of using us at that point. So it’s definitely taking the photos, showing you what we’re seeing. Small repair, it’s a small repair. If it’s a replacement, based on wind or hail damage, we’ll go ahead and do that also and recommend what to do.

But again, tomorrow is a big day, because we’re going back to not just any roof, we’re going back to a GAF Woodland designer shingle. This product is also going to be having our Golden Pledge warranty on it, which basically means that once your roof is installed, you have a warranty that’s 50 years. It’s non- prorated on materials and on the labor, plus we’re doing a 40 point manufacturer inspection of the roof from GAF. So what that means to you is, besides the warranties we give you, GAF, the manufacturer, is going to come out and do a 40 point inspection, inspect the property, and also rubber stamp that roof to make sure there are no issues. If by chance there are some issues in the future, they’re going to take care of it for 50 years, non- prorated. Sounds pretty good right?

Scott: And if I sell my house, I know what happens with the next owner.

Chad: If you sell your house, the warranty is completely transferable. So you’re pretty much getting the best roof money can buy, or in this situation your deductible, because the insurance company took care of it. So not a bad deal.

Scott: I have a wife, two kids, two dogs, a mortgage, a job, a million things going. The last thing I need to worry about, Chad, is my roof, and I’m glad, one last thing to cross of my list that I won’t have to worry about for the rest of my life.

Chad: Well, we’re going to make sure we take care of that. So we’re excited. We’re looking forward to replacing it tomorrow, and I think we may have another interview after the roof and just see what it looks like.

Scott: Yes, we can do like a before and after.

Chad: Let’s do that.

Scott: Want take a look at the roof?

Scott: It’s horrible. You’ve got to see this. 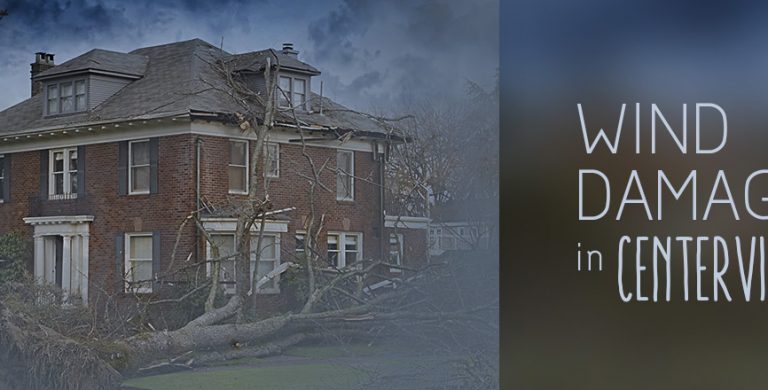 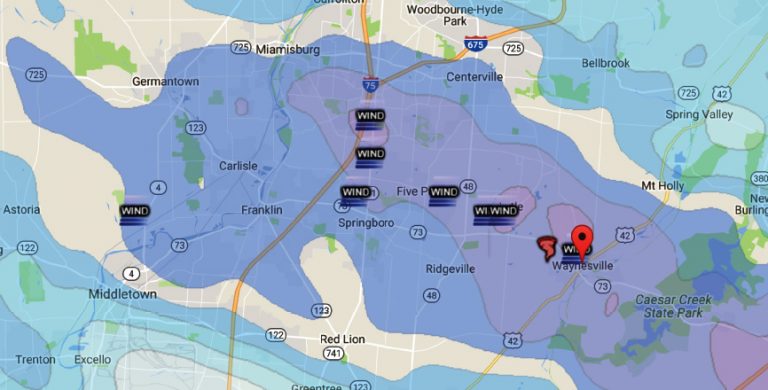